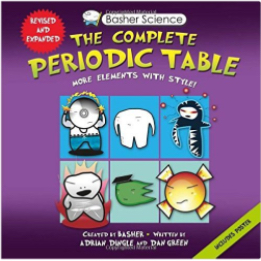 What the book’s about:   Adrian Dingle’s Complete Periodic Table devotes a page or two to each of the 115 elements, giving each element a voice, a shape, and a distinct personality. Each entry tells you basic facts about the element (what it’s used for, its major properties, and such), but the science facts are woven into a mini-story format to keep kids reading.

Why The Nine-Year-Old thinks you’ll like it: “It’s just very interesting. It shows the elements in a way no other book I’ve ever read has. First of all, it’s in manga. I like that they do it so that it seems like the element the entry is about wrote each entry.” 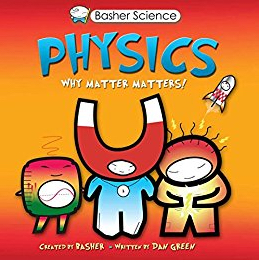 What the book’s about: As in The Complete Periodic Table, Dan Green’s Physics: Why Matter Matters presents essential concepts of physics, like energy, force, density, and light waves as manga characters with individual voices and personalities. Each entry includes a quick three-bullet point description of the concept, and a brief first-person monologue in which the character tells his or her own story and the role they play in making the universe tick. 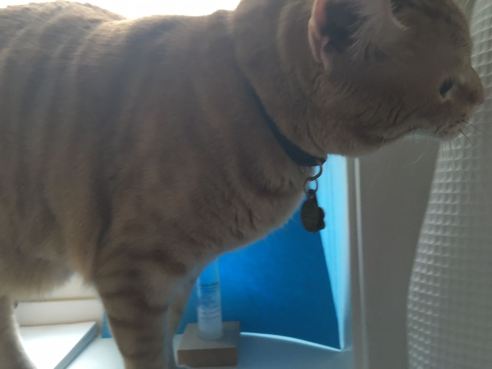 The Nine-Year-Old is on the first of her spring breaks and we’re filling the time with science. We’re almost done with the temperature segment of our Storm Glass Experiment Series.

While we were recording the results of the overnight tests this morning, Hurricane Canelo blew into our science lab. I managed to extract the cat before he could corrupt our results with an unauthorized dose of gravity, but it was a close call.

The Nine-Year-Old has sealed the door to the  Science Lab, but I don’t know how long that door will hold out against 13.5 pounds of highly determined cat. He’s already figured out that body-slamming won’t work, so has turned his attention to the door knob. Canelo wouldn’t be the first cat we’ve had who figured the whole door knob thing out.

But then our other cat didn’t have to contend with a wily Nine-Year-Old wielding tuna. Crisis averted. For now.