Last week, my daughter’s choir performed at her Lower School Assembly. Naturally, Daddyo and I went. The price of enjoying our daughter’s warbling came at the very end of the assembly when we were all invited to join the holiday carol sing-a-long.

There’s nothing like seeing the lyrics of traditional holiday songs projected in giant letters on a screen in a school auditorium for making you realize just how weird they are.

I mean, there I stood, trilling merrily about jingle bells and sleigh rides when all of a sudden I realized that I had absolutely no idea what bells on bobtails ring actually meant.

What does bells on bobtails ring actually mean, anyway?

Yes, there really is such a thing as the American Bobtail Cat. But luckily for Canelo, the lyrics of Jingle Bells have nothing to do with cats, bedecked with bells or otherwise.

Bells on bobtails actually means the second thing you thought of when you heard it.

Daddyo, curiously: “Bells on a semi that’s not pulling a container?” 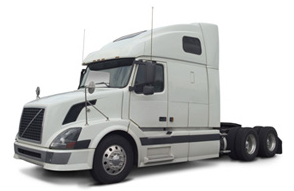 Who knew these were called bobtail trucks? (Photo via Urban Insurance Agency)

Ok, make that the third thing you thought of.

The Nine-Year-Old, helpfully: “Bells on the tail of a horse named Bob?”

Closer. Although the name of the horse doesn’t really matter.

Horses who pull sleighs and carriages often have their tails cut short (bobbed) or doubled up into a bun, hence the term bobtail. Horse-drawn sleighs make almost no noise in the snow, so when James Lord Pierpont first wrote Jingle Bells in 1857, it was a common safety practice to string bells in the horse’s tail which would jingle as the horse jogged along. The tempo of Pierpont’s song mimics the sound of those long-forgotten bobtail bells. 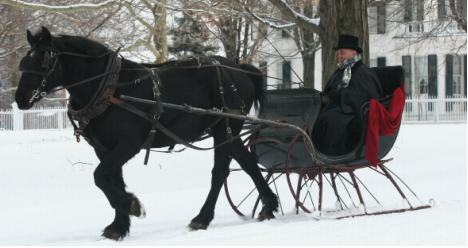 Horse with a bobbed tail pulling a sleigh in winter. (Photo via Weiner Elementary)

Tune in next week when we explore what it means to Troll the ancient Yuletide carol.

Photo (minus words) via Maritravel on Pixabay.

3 Responses to “Caterpickles thinks too much about Christmas carols: “What’s a bobtail?””