Although here on the blog, I’ve been digging through my backlog of old questions, in my fiction writing life, I’ve been thinking it’s about time to take another editing pass through my pending children’s chapter book, Ebenezer Rabbit: Dragon Hunter. In other words, it’s time to get serious about figuring out what makes chapter books about animals tick. The Eight-Year-Old, who is nothing if not completely supportive, dropped these two books on my desk. “Mommyo,” she said dramatically. “This is how you write animal stories.”

The Force is Strong with These Adoptable Pets (Mental Floss) 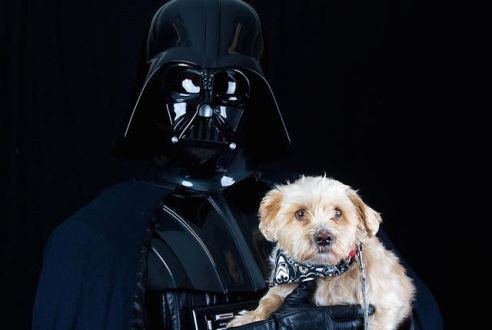 The Ottawa Humane Society is hoping to transform the buzz about the new Star Wars movie into a flurry of new pet adoptions. I expect it’ll work. When Darth Vader tells you to adopt a Shih Tzu, you do it.

A few years ago, The (then) Not-Yet-Eight-Year-Old and I spent a happy afternoon making and tasting old-timey ketchup. This week we learned that our early 1900s recipe wasn’t even close to the earliest iteration of this essential condiment.

Archaeologists have found a shipwreck off the coast of Italy that appears to be from a ship ferrying the Roman version of ketchup around the Empire. The ship dates from the 1st or 2nd century CE.  And while the Italians have a well-deserved reputation for gourmet cooking, I am sorry to say that The Eight-Year-Old wouldn’t have liked their version of ketchup any more than she liked Marion Harland’s 19th century version. The ancient Roman version of ketchup, known as garum, was actually a clear, fermented fish sauce.

You’re in luck. Garum is more or less the same as today’s colatura di alici, a jar of which you can find on Amazon for a mere $22 (+ shipping).