The Six-Year-Old and her Daddyo walking through Central Park during the Great Deluge of 2013. Shortly after this photo was taken, Central Park was the site of a thoroughly impressive flash flood. The Six-Year-Old was up to her knees in water, and had to be held on to rather tightly to prevent carrying off. Of course, she had a plan for that. “I’ll just turn my umbrella upside-down, Daddyo, and ride in it like Winnie-the-Pooh.” (Photo: Shala Howell)

Long-time readers know that it is not my practice to burden either of us with a long post on Saturdays, but since I haven’t posted since June 5, I feel as though I should take a moment to explain the Very Great Silence before returning to Caterpickles as usual.

I’ll try to keep it short. This month, instead of posting to Caterpickles, we:

So, a few things have been going on. Any day now our life will get back to normal, and I’ll be able to tell you about it in more detail. With pictures. Because of course, the other thing that happened is that The Six-Year-Old got a new-to-her grown-up camera and has been busily documenting everything as Caterpickles’ Official Junior Photojournalist.

And as soon as I remember where I packed the cable I need to talk to her camera, I’ll share her pictures with you. In the meantime, you’ll have to make do with mine. 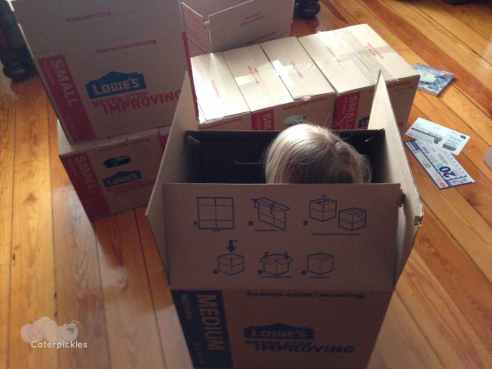 Every once in a while, it becomes painfully obvious that The Six-Year-Old was at least partially raised by cats. (Photo: Shala Howell)

So, what’s been going on in your neck of the woods?