I had such a good time in December trolling through the archives for Throwback Thursday posts, that I’ve decided to keep it up for a while. This one was originally published on May 13, 2013, when The Nine-Year-Old was only six. 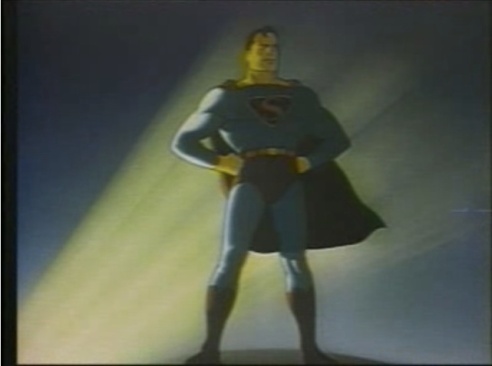 Superman from the title sequence of the 1942 cartoon, “Superman: The Arctic Giant.” (Public Domain)

Every Sunday afternoon (at least, every Sunday that we can manage it), our family clusters on the couch with a bowl of fresh-popped popcorn and proceeds to haggle over our Sunday Afternoon Movie.

Often we don’t watch a movie at all, and settle in for a new-to-us documentary (The Six-Year-Old is particularly fond of Kara Cooney’s Out of Egypt series), or an episode of Jeremy Wade’s River Monsters (thanks for the tip, Grandpa).

A few weeks ago, though, we were in the mood for old-timey cartoons, so Daddyo put together a marathon of the original Superman cartoons from the 1940s.

Watching old Superman cartoons is inherently fun, not only because of the way Superman’s skills have evolved over the years (Superman doesn’t fly in these old cartoons — he sproings to where he’s going like some sort of caped flea), but also because The Six-Year-Old comments freely on what she’s seeing.

Episode Three: The Arctic Giant was particularly entertaining. In it, a group of scientists have discovered a frozen T. Rex somewhere in Siberia. Naturally, they haul it back to the United States and exhibit it to the public. 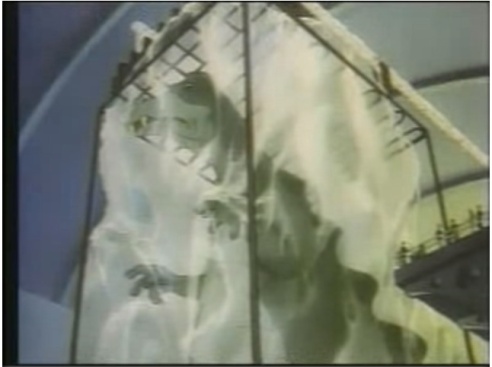 Putting a frozen T. Rex on exhibit is a predictably bad idea

The delightfully steam-punk refrigeration machine keeping the T. Rex in a deep freeze breaks during the exhibition and the T. Rex melts in a matter of minutes. 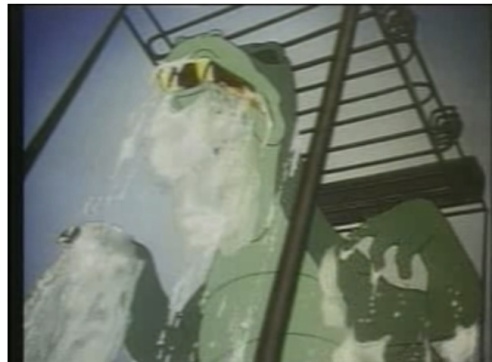 The Six-Year-Old: “Note to self. This isn’t good.”

Things get worse from there, but my daughter was too distracted by all the dinosaur inaccuracies to follow the plot. 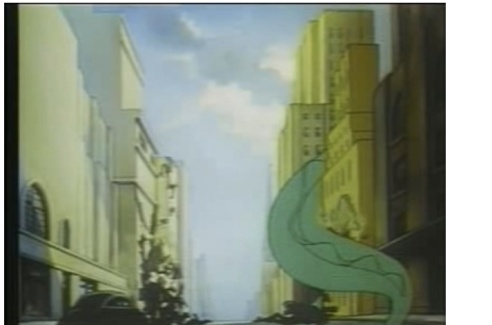 The T. Rex flares his claws and snarls threateningly as he’s barraged by a stream of useless bullets. 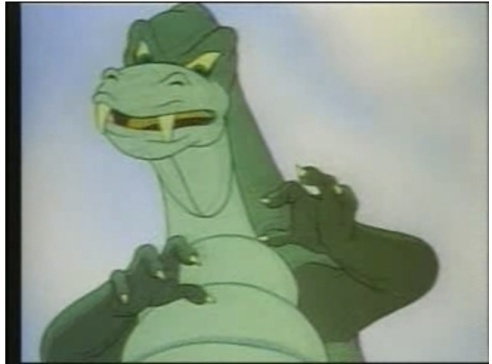 The Six-Year-Old, distractedly: “Huh? He didn’t have four fingers.”

The T. Rex wades into a river, destroying a dam, overturning a boat full of passengers, and tearing apart a bridge like a toddler smashing through a building block village. Superman scrambles to keep up. 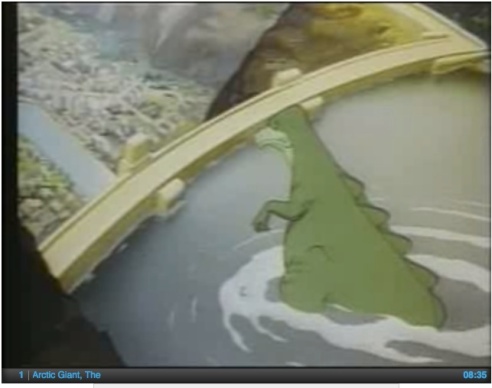 T. Rex wades to the dam in “Superman: The Arctic Giant” (Public Domain)

The Six-Year-Old: “Hey! That’s the old-timey way to have him stand.”

Mommyo, soothingly: “Well, at least they got the three toes right.”

The Six-Year-Old, disgustedly: “The tongue’s all wrong though.” 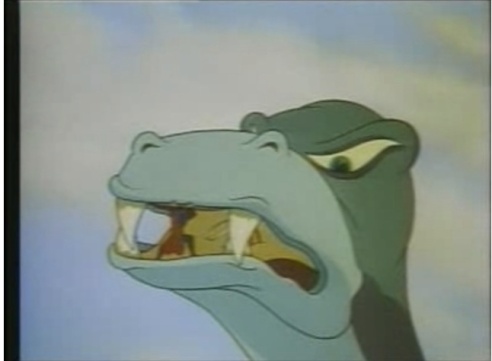 The T. Rex tries to eat Lois. I confess, I’m kind of sorry it didn’t work. Lois is a bit of a twit in the original series. (Public Domain)