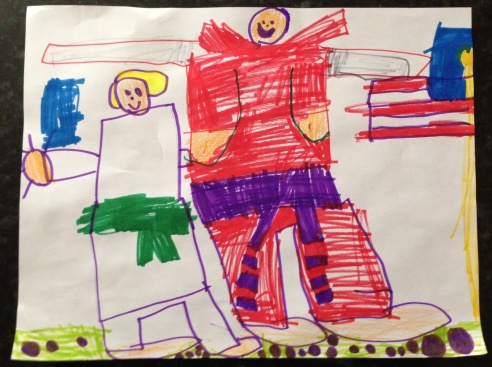 We interrupt our regularly scheduled Wordless Wednesday with this important news update. The Six-Year-Old has earned her first yellow stripe in karate. Congratulations, The Six-Year-Old!

3 Responses to “Guess who got her yellow stripe yesterday?”