While reading Dava Sobel’s book The Planets last week, I learned that Uranus is the only major planet in our solar system named after a Greek myth instead of a Roman one. Off-hand, I couldn’t remember any mention of Uranus in Greek mythology. So I decided to look it up. Who was Uranus? Why is he the only Greek god to get his own planet?

“Are there ever two new moons in one month? What’s that called?”

Yesterday’s Super Blue Blood Moon got The Ten-Year-Old wondering. Are there ever two new moons in one month? What’s that called?

“Is there an official landing pad for UFOs?”

Stopping at the Bonneville salt flats on our road trip to California naturally got the Ten-Year-Old thinking about alien planets and the beings that travel away from them. “Mommyo,” she asked when we were back on the road. “Is there an official landing pad for UFOs?”

How can we watch an eclipse safely?

A total solar eclipse is headed our way August 21, 2017. Here’s what you need to watch it safely.

Just after sunset tonight, glance up at the full moon. That bright star immediately next to it is Jupiter. Enjoy the view. Related Links:  Top 7…

If you happen to live in an area where clouds and/or light pollution aren’t blocking your view of the sky (Chicago, I love you, but you do have…

Apparently, the moon is tired, because Mars will be our tour guide tonight. (Assuming cloud cover and light pollution in Chicago permit us to even find…

The moon is really working over time to help me spot things in the night sky this month. Tonight and tomorrow, it’s pairing up with Saturn. The…

Not content with merely helping us spot Regulus earlier this month, the moon continues its guided tour of the night sky with a stop near Jupiter and Spica,…

Although I am fascinated by the stars, I’m not terribly good at identifying them. Tonight, though, the moon’s going to help me out. Andrew Fazekas, who… 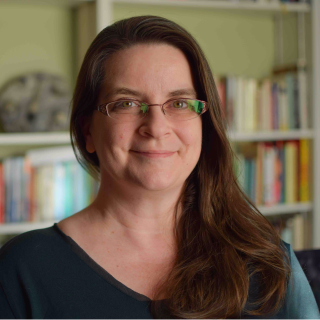 I spent two decades helping companies like Bell Labs, Juniper Networks, and a genetic testing company that was later acquired by CVS translate some of the world’s most complicated concepts into actionable, understandable English. Now I'm working on a different problem -- helping parents raise the next generation of critical thinkers. The first book in my Caterpickles Parenting Series, What’s That, Mom?, focuses on how to use public art to nurture children’s curiosity in the world around them. My next book will focus on science, and how parents without a science degree can answer their curious child's questions without enrolling in a college level refresher course.

Get your Caterpickles RSS feed here!

This work by Shala Howell is licensed under a Creative Commons Attribution-NonCommercial-NoDerivs 3.0 Unported License.