The Ten-Year-Old would like you to know that she’s gone into business as a private detective. Her partner is a crimson dragon named Cherry Lane. I would post a picture, but Cherry Lane is under threat at the moment by several miscreants whom he was instrumental in bringing to justice but who were released this week from jail after a series of legal snafus.

Let’s just say I cannot confirm nor deny that Cherry Lane was the model for the dragon on the cover of Sandra Staple’s guide to drawing fire-breathing dragons.

But I am allowed to say that the dragon on her cover is almost as fierce as Cherry Lane.

Still, after hearing that so many of Cherry Lane’s past captures had been released, I told The Ten-Year-Old that her new partner really needed to do a better job of building air-tight cases against criminals. The Ten-Year-Old mulled this over for a bit, then announced that actually Cherry Lane had hired her just for that purpose.

Their first client is another dragon who is accused of committing armed robbery using a cow. The Ten-Year-Old has been tasked with researching the various precedents associated with the case.

“Mommyo, has anyone ever committed a robbery while armed with a cow?”

There are so many stories of cattle rustling in the American West that sometimes I’m amazed that anyone had time to do anything else. As Lauren Feldman of American Cowboy puts it, “For as long as men have owned cattle, other men have been stealing them.”

But The Ten-Year-Old wasn’t asking about stealing cattle. She was asking whether or not anyone had used cattle as a weapon while stealing something else.

Turns out, cows have been used as weapons in war

In her article “Cows Are Deadlier Than You Ever Knew,” Esther Inglis-Arkell writes that cows have been used as instruments of war on at least two occasions. As proof, she cites George Armstrong Custer and Reverend John George Wood, both of whom wrote about how stampeding cows were used in war both as distractions and as modes of attack.

In his 1874 memoir, My Life on the Plains, Custer writes that the Native Americans were so successful in using stampedes to keep Custer’s army off-balance that his soldiers quickly realized that their first step in any conflict was to secure the cattle (and the horses, ponies, and mules).

Similarly, in his 1878 reports on the war between the Zulus and Boers in South Africa, the Reverend John George Wood wrote that the Zulus would frequently attack the Boers by sneaking cattle into their campsites at night and then frightening those cattle into stampeding through the tents. 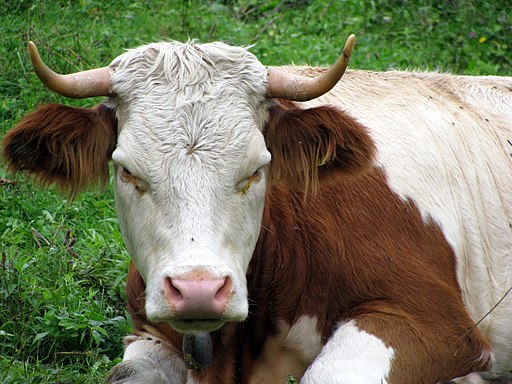 “No, Mommyo. I mean, has anyone ever come in armed with a super-farting cow and tried to rob anyone?”

I don’t know.  Dr. Google doesn’t seem to know either.

“Did you search for ‘super farting cow’?”

Yes. And after reviewing the available evidence on YouTube, I’m going to go with, “I don’t know, but I wouldn’t rule it out.”