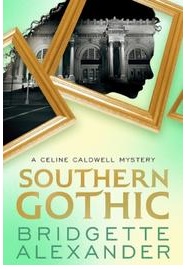 Really I should call this post “What’s The Eight-Year-Old chomping at the bit to read this week,” because that’s what this post is actually about.

The Eight-Year-Old has been eagerly anticipating the release of the new YA mystery Southern Gothic ever since the author, Bridgette Alexander, visited The Eight-Year-Old’s second grade class last year to read the first few pages of what was then a work-in-progress, and to talk about the process of publishing a debut novel.

(Full disclosure: Bridgette Alexander is a friend of our family.)

My daughter was hooked on the story immediately. Hardly a week has gone by since without her asking either me or Bridgette herself if Southern Gothic has been released yet.

Well good news, The Eight-Year-Old, release day is nearly upon us.

But before we get to the details of the upcoming March 17 event, here’s a quick synopsis of Southern Gothic.

It’s up to her 16-year-old daughter Celine Caldwell to find the paintings and clear her mother’s name on her own. Described by Kirkus Review as “an uptown Nancy Drew,” Celine quickly realizes that before she can figure out who really stole the paintings she needs to understand why the paintings were created in the first place. Her investigation forces her out of her comfortable post as an intern in the Metropolitan Museum’s archives deep into the heart of North Carolina, where she discovers the real story of the paintings is steeped in blackmail, land theft, and the Ku Klux Klan.

On March 17, you can meet Bridgette Alexander at a book signing sponsored by retailer Henri Bendel. The event will be held at their Water Tower Place store in downtown Chicago from 6-9 p.m.

Come, grab a book, maybe even a glass of champagne, and enjoy a bit of conversation with this extremely dynamic and talented author. She’s one of our favorite people here at Caterpickles Central, and I think you’ll quickly see why. 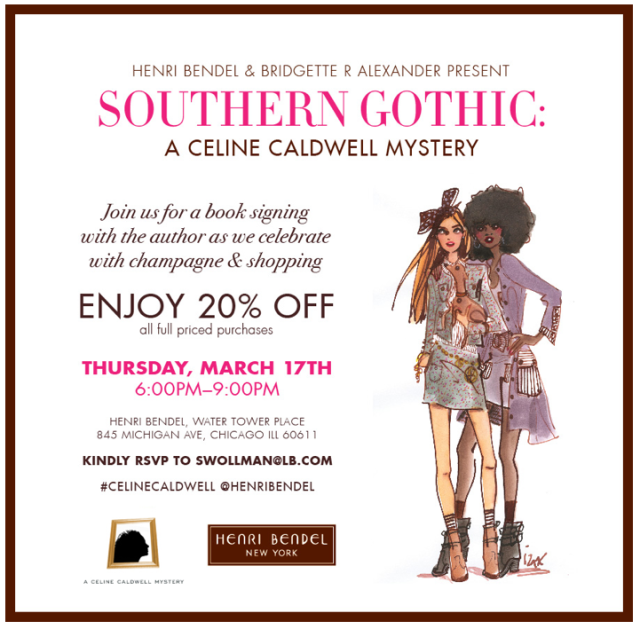 Please help me get the word out by sharing this post. Thanks!

4 Responses to “What’s The Eight-Year-Old reading this week?”